Recently scaffold tubes and fittings were discovered which had been left at height, after the structure had been dismantled. In March there were two serious hand and finger injuries and one of your colleagues, Gavin Sutherland, who broke one finger and was off work for 8 weeks would like to share his story with you about what happened to him. The video contained within this campaign is not a repeat of the incident you saw in March; this is Gavin's own story.

We want Gavin's story to highlight that injuries occur because hands are in the wrong place at the wrong time; please don't allow that to happen. You are the key to preventing hand injuries. The video has been created to ensure that the information is delivered in an engaging and effective way, and above all, delivers the importance of how a hand or finger injury can happen to anyone, at any time.

As the IP was moving to an upright position, he caught his hard hat on a beam above. During the construction of a scaffold, the injured party IP was tightening a scaffold fitting when the spanner slipped from the nut and struck his cheek causing a cut. Steve Hunt presents the first Safety Summary of and his first HSEQ Quarterly Review since joining Stork: "Over the past three months, I have met many passionate, enthusiastic and extremely knowledgeable people around the business. Importantly this also extends to their attitudes and opinions of health and safety at Stork.

The tasks were carried out wearing PPE as per procedure, including a 3M full-face visor and paper hood, for both the surface preparation and clean up. Dusting down of PPE was conducted throughout the day using the buddy system, until clean-up was complete. An incident recently occurred on an offshore installation where a Stork employee suffered an injury to the third finger on his left hand. Hazards should be identified no matter what mode of work you are undertaking and you should be aware of your changing environment.

Always consider you own actions, behaviours and the conditions around you as well as the consequences that can come from them. Whilst erecting a habitat, the injured party IP was tightening up a cable tie to secure a vertical section of timber to the handrail. During the erection of scaffolding, the IP maneuvered a 16ft length of scaffold tubing and stepped backwards; causing the IP to trip over a steel kick plate. As we close the book on , I would like you to take the time in to pause and think about how far we have come towards improving our HSEQ performance and culture, as well as how you can help to continue striving to REACH Beyond Zero.

Following the recent snow fall and freezing conditions, there is an increased risk of snow and ice collecting at height and falling when dislodged or when the temperature increases. During a routine site visit a colleague was discovered working at height without the correct fall arrest control measures in place, whilst also standing on small bore tubing.

Timber strips used to secure habitat sheeting were dislodged as a result of helicopter downdraft caused by the air force of the rotor blade in motion. This resulted i n one of the timber strips, weighing 2. The injured party IP was constructing a pallet using a staple gun. When deploying a staple, it hit a knot in the wood which snapped the staple. In anticipation of adverse weather conditions over the winter period in the UKCS, we would like to remind operational teams of good working practices at Stork and Client locations.

Christmas is a special occasion for celebration and for many of us, decorating our workstations and our homes, gets us into the festive spirit. It is an exciting time of year but accidents can easily happen because of the extra hazards that are present. The RBZ Annual Awards shine a spotlight on our people who truly make safety a core value in everything that they do.

Every day, everywhere. There are two designs of scaffold singles used within Stork. They are used for building scaffold structures, including holding toeboards in place. We are now going into the last months of the year and I would like you to take the time to pause and think about how far we have come towards improving our HSEQ performance and how you can help to continue striving to REACH Beyond Zero.

Whilst conducting work in a tank, a Jetting Operative heard a release of air. The Jetting Operative proceeded to open his escape set and leave the tank. Whilst attempting to pick up a bag of aggregate, an individual stubbed his right middle finger on the top of the bag. Whilst erecting out board scaffolding access for the installation of infill plates, a scaffolder went to remove a spigot from the top part of the standard.

We have now passed the half way mark through and I would like you to take the time to pause and think about how far we have come towards improving our HSEQ performance and how you can help to continue striving to REACH Beyond Zero. Whilst dismantling long term underdeck scaffolding - the battery pack of a battery operated Impact Wrench dropped to sea after the release mechanism came into contact with the Scaffold Structure.

Personnel have recently noted letter box type belt buckle harnesses have been available for use at various client locations. A scaffold crew were constructing a system scaffold and were about 22m above the cellar deck of the platform. The first standard was topped out and one of the crew moved on to add the second standard. During a task to move an antenna from a platform handrail, a scaffold fitting which secured a tube to the antenna was in the process of being released, when the handrail snapped.

We are now over a quarter of the way into and celebrated our success of being 1 year Lost Time Incident LTI free at the end of Recently, during a review of long term scaffold, it was identified that there may be a number of structures which had been erected over two years ago which may not have been re-validated or risk assessed.

Recently, an incident occurred offshore when a Scaffolder trapped his left little finger when moving a single scaffold tube. The team were constructing a scaffold to facilitate a repair order at the galley landing area. Stork's worldwide and diverse operations demand the use of all types of equipment and plant on a daily basis. During destruct of long term scaffold, a Stork personnel was using a hammer to open a scaffold fitting gate whilst another was holding the scaffold tube.

This is not just luck, this was achieved through the hard work of each and every one of you and we cannot thank you enough for helping us to reach this zero milestone. We aim to promote safe and proactive behaviours, to prevent accidents before they have the opportunity to arise. A strong safety culture is a result of our collective actions and behaviour every day. From the corporate offices we do our best to support you with the tools you need to be safe.

A scaffold team were erecting a scaffold offshore when during the course of their activities a ratchet spanner dropped on to a lower deck walkway. The crew were using standard Stork tethered tools and the crew member involved indicated that his tools were tethered. This is connected via a spigot which is bolted on to the lower standard. Recently, an incident occurred on an offshore platform when a Stork employee went over his ankle whilst walking through a temporary workplace habitat.

On investigation, it was noted that the injured party IP had walked over an access hatch on the deck, which in turn had been covered up by the habitat sheeting and was hidden from view.


Regretfully, three of our colleagues in Continental Europe were seriously injured in September. Fortunately, all 3 employees are making steady individual recoveries as the outcomes, whilst life-altering for our team colleagues, could potentially have been much worse.

This is already having a positive impact - October saw a significant decrease in the number of recordable incidents sustained in comparison to the rest of this year, and was also our first month LTI free since March. Our offshore personnel use Tyvek suits as part of their PPE for designated scopes. These suits are ordered by the onshore team, as per the job specific risk assessments.

We have reason to believe that a batch of Eurogrit, an aluminium silicate coal slag blasting cleaning abrasive, commonly used for shot blasting operations, may have become contaminated with Asbestos chrysotile fibres. This information has been provided by Eurogrit BV now known as Sibelco Europe who have requested a precautionary cessation of use of this product.

A rope access team were descending fixed vertical ladders with a back scratcher. Experience and lessons learned have consistently shown that failure to follow Safe Systems of Work leads to loss affecting people, property of the environment. In August, we launched two new programmes to improve our personal protection for eyes.

However, as the size of the system increases, the behavior of the sys- tem approaches the statistical ideal and these irration- alities disappear. Load Curves--The foregoing discussion of demand and diversity factors indicates that a constant load cannot be expected for any actual power plant. This indication is found to be true, and furthermore, it has also been found to be true that systems serving approximately the same classes of loads anywhere will have approximately the same type of load curves.

For example, industrial plant load will show flat-topped curves with sharp drops at the time of shift changes and at meal times. Utility plant loads will show a minimum during the night; a minor and somewhat flat— topped peak during the morning; a sharp drop at noon; and a sharp peak in the early evening.

Load curves of these types can easily be synthesized if the character and size of the loads of various classes along with the time of their demands are known. This type of curve is useful in deciding upon the best time during the year for scheduling major plant maintenance operations. The yearly maximum loads may be plotted to give a load growth curve. This type of curve will give information as to when it. These two types of curves are used most frequently with the public utility plant because electric power is the primary product.

In the ordinary industrial plant power is not a salable commodity. There are cases, however, where industrial plznts have arranged to sell power to public utilities, and vice versa, when the peaks in the two types of operations do not coincidef. Figures II-4 and II-5 show typical annual peak and load 'growth curves for a public utility. 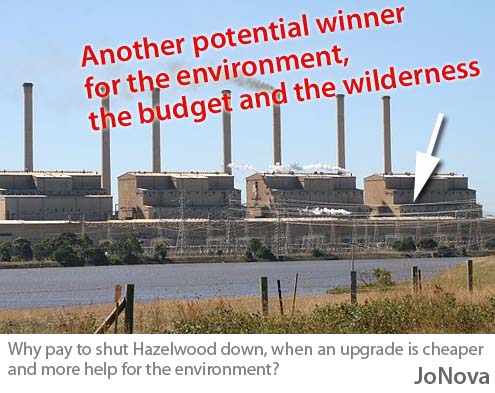 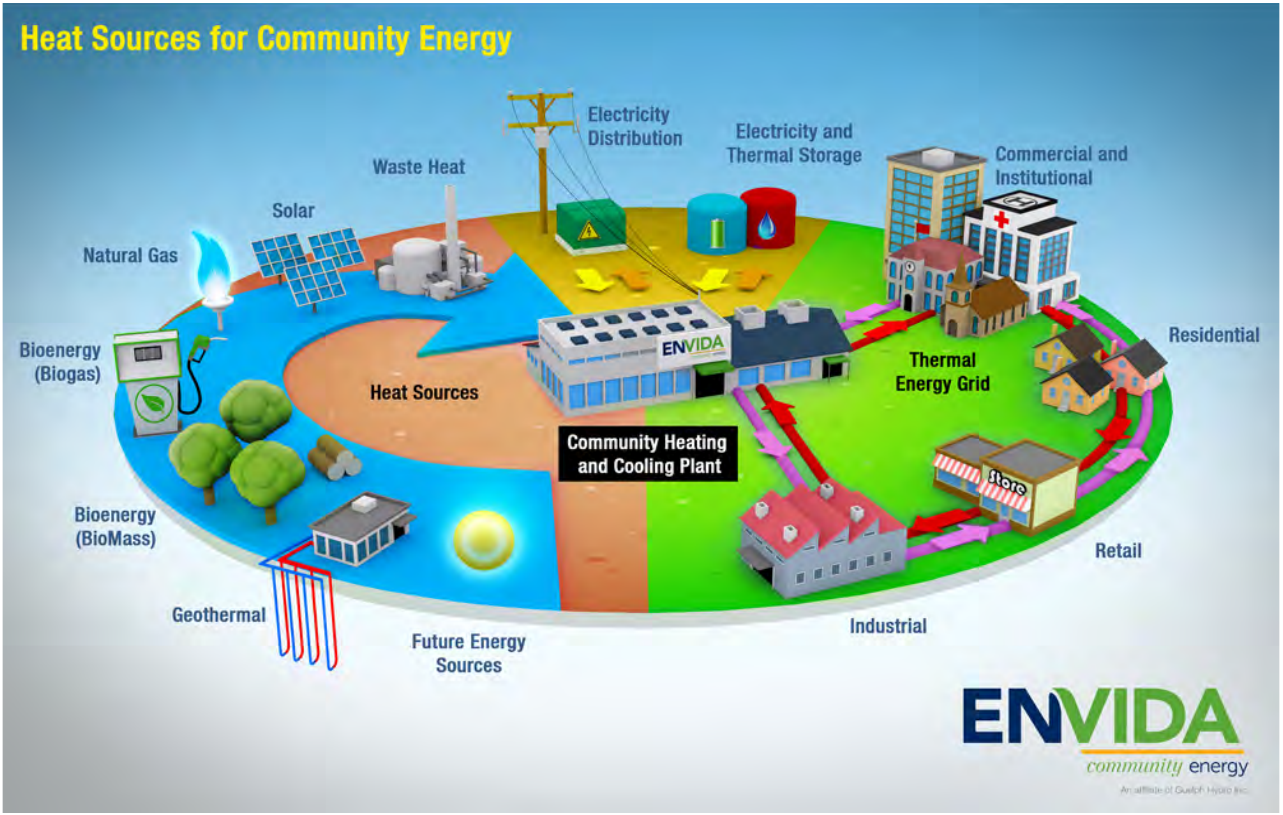